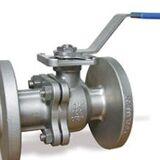 Top reasons why many people now go for solenoid valves

There is rising demand for the solenoid valve in Australia. It’s an advantageous solution for the control of flow for varying gases and liquids of a high temperature range in which, an ‘on’ or ‘off’ stage is required. Its popularity has risen dramatically these days. And, there are several and varying reasons for the rise. Some among the foremost reasons why many people now go for this kind of valves include:

The valves are quite easy to install. Most of them basically feature two lead wires that are connected to a coil that’s nested around a bonnet tube that contains materials that magnetize and demagnetize easily. Either of the wires can be the line voltage. Relays or switches are then designed into control systems to route power when required to either open or close the valve. Choosing this type of valve eliminates the need for costly and long air delivery systems and lines that would have been required for pneumatically actuated valves. For long wire runs that are in remote locations, higher AC voltages are used to minimize power loss.

In this type of valves, the time it takes to open or close is quite fast. It’s often in the range of between 50 to 300 milliseconds. The smaller the valve is, the faster its small internal parts can be made to shift over short distances. This is among the foremost reasons why users will order from only a reputable solenoid valve supplier in Australia. On piloted valves that feature larger travelling distances, viscous fluids seem to feature the effect of slowing down the movements because internal components have to push through the fluids. Applications that need swift response times should look no further than this type of valve.

Ball valves as well as motor-controlled valves frequently feature a stem that punctures the valve’s pressure boundary. There’s a tight packing surrounding the stem – frequently graphite or PTFE – meant to seal the fluid of higher pressure. The packing could wear with time, and the wear could be exacerbated by changing temperatures and the ingress of contaminants.

This type of valve frequently features a motionless seam in which the valve body and bonnet are attached. An O-ring or a gasket made from a material that’s compatible with the working fluid is reliably chosen for the seam. Sometimes, radioactive applications don’t allow the utilization of elastomeric materials to produce the gaskets, so valve bodies and bonnets are then welded to one another in such instances. Industries that concentrate on minimizing fugitive emissions to decrease air pollution can choose to use packless types of this valve.

These are the top reasons why many people now go for this type of valves. Other less crucial reasons might include the varying voltages in which the valves are offered, their suitability for explosive atmospheres and hazardous locations, and so much more.

This type of valves certainly offer several and varying benefits to many different industries and businesses. So, if your industry’s operations require the flow of fluids or gases at truly high temperatures, then you might want to consider going for a solenoid valve Australia. They are truly magical.

The smaller the valve is, the faster its small internal parts can be made to shift over short distances. This is among the foremost reasons why users will order from only a reputable solenoid valve supplier in Australia.
Share 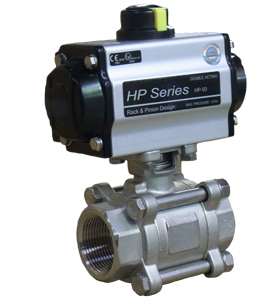 8 Top Simple Means Of Getting A Lot More Out Of Control Valves According to expert authorised valve suppliers in Australia, there are many ways to get more from control valves. A few relatively simple actions can be undertaken so manufacturers can obtain a lot more from their investment in automation.
Share

General Valve Maintenance Tips That You Should Know Equipco Australia valve maintenance is very important. The lifespan of your valves will depend on the ability of the valve to function as intended.
Share 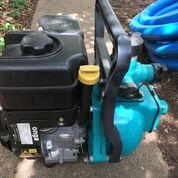 The Most Comprehensive Guide To Household Pumps You Will Ever Get Choosing the most suitable household pump model, such as those offered by Onga Pumps in Australia, is crucial as you will need an appropriately sized pump to get the job done.
Share

Everything You Need To Know About Quality Pumps In Australia From Onga Onga pumps in Australiahave been around for over 50 years. The company was established to meet the needs of Australians. Pumps from Onga are some of the best quality pumps in the business.
Share 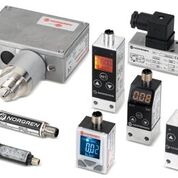